Yopy Land is one of the big four guilds in Lucid Adventure. It was founded and co-founded by Yopy and Akira. It currently has no Guild Leader since Yopy was deleted from the game by Nightmare Yopy.

Yopy Land is one of the first guilds to rise in Lucid Adventure and one of the first to rival The Giga Empire as well. It consists not only of players but many NPCs as well, with even some of their bases being guarded solely by NPCs.

The guild relies on the high level undead and chimeras summoned and created by Pooh Upooh to form the bulk of their army.

For reasons unknown, the guild had joined hands with the Major Four Guilds of Misfits, including Sad Smile, creating an alliance called the Anti-Giga Coalition.

The Three Musketeer - Taek, Akira and Yopy - preparing to fight together for the first time 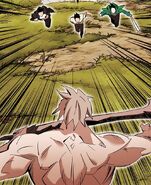 Taek, Yopy and Akira rushing at the Masked Brute

The Three Musketeers after defeating the Masked Brute 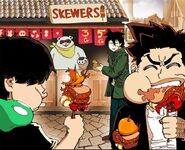 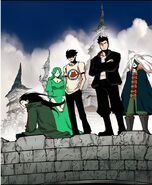 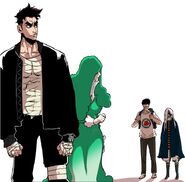