Gods of Time and Space

Teleport is a space magic used by space magicians. It is also the Skills Type personal attribute of Choco Bibi.

Teleport is a skill that allows objects to be transported across space and distance instantly. The object does not transverse the physical space between the starting point and the destination.

In order to use his Teleportation skills on objects, he needs to imbue them with a 'Telportation Mark'. 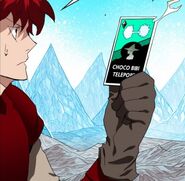 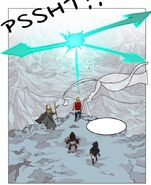 Retrieved from "https://hardcorelevelingwarrior.fandom.com/wiki/Teleport?oldid=27260"
Community content is available under CC-BY-SA unless otherwise noted.