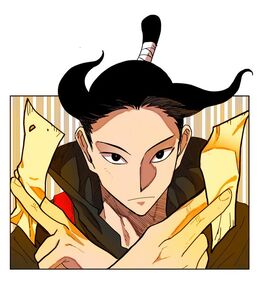 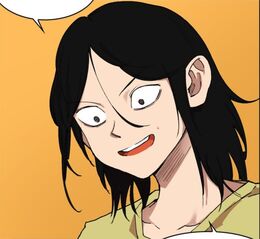 In the real world, Taoist Kim is actually a female. Alongside Lila and Gong Won-Ho, she took part in an escape plan hatched by Gong Won-Ho. 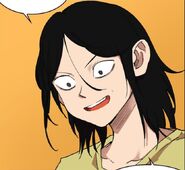 The Gang of Four

Taoist Kim is amongst the disgruntled players that attacked Hardcore Leveling Warrior during the Cobalt Castle Kill Python Request Quest. He alongside members of Scallion Head's guild were defeated by the then Rank 1 player.[1]

Retrieved from "https://hardcorelevelingwarrior.fandom.com/wiki/Taoist_Kim?oldid=26762"
Community content is available under CC-BY-SA unless otherwise noted.