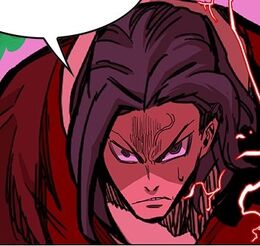 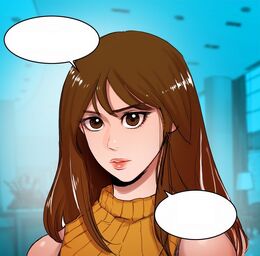 Lee Doo-Na's character was permanently deleted from Lucid Adventure by Bug Hardcore Leveling Warrior during the Preliminary Round. He was known as the 'Hero of Vansark for his exploits in the war in Vansark.

In the real world, Lee Doo-Na is a very famous K-Pop star.

As Silla - Silla has shoulder-length purple hair and angular grey eyes. He is seen wearing a red shirt and red pants, together with grey boots.

As Lee Doo-Na - Lee Doo-Na has glossy brown hair and large brown eyes. She has fair skin and an hourglass-shaped figure. 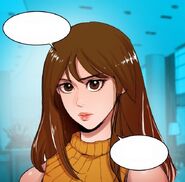 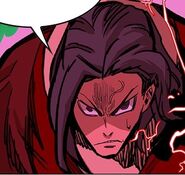 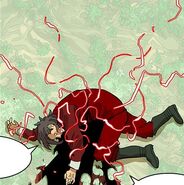 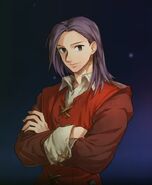 Silla is headstrong in terms of their opinions. As Lee Doo-Na, she leads a small group of protestors to Giga's Company in order to protest about the red-player situation. When Giga offers the protesters money as compensation for the case, she rejects the money and demands that Giga finds a solution to the problem.

Orange Candy is a team member in Silla's group. Her character is deleted when the red-player strikes her with their sword. Silla is enraged, and threatens to report the player as they are being deleted.

As a former ranker, Silla was a strong player in Lucid Adventure. He was hailed as the 'Hero of Vansark' and performed great feats that made him renowned in Lucid Adventure. Glasses the scout said Silla was one of the favourite's to win the Combat Tournament and ranked his potential as an 'A' and commented that he had a Person Type Personal Attribute as well as high stats.[1]

His abilities are so great that Giga, Yopi Land and Grass Roots Union sent their scouts to try and recruit him for the Combat Tournament.[1]

Based on Silla's brief exchange with the 'bug' HCLW, it seems that he favours melee combat with a sword.

Silla's personal attribute was never revealed but according to Glasses, it is a Person Type Personal Attribute[1]

Sword: Silla was seen with a sword during the Preliminary Round.