Episode 1
Rankers are the top strongest players in Lucid Adventure.

For the corresponding category, see here.

Rankers were previously given their rank by Giga scouts, but after the death of God of Combat,[2] the ranking system was re-established by Lucid Ball.[3]

Lucid Ball ranks each user based on the power of the world itself, with the limit set by Hardcore Leveling Warrior, who had reached the humanly limit in the past when he was the Ranked the No.1 Player.[3]

Rankers became so popular that they shoot commercials like celebrities and are even used on products such as Ranker Milk.[4]

Due to their popularity, information of Rankers abilities can be found on the internet, ensuring their weaknesses can be known by everyone[5]

High Rankers are able to use combo skills that are taxing to other users like they are nothing.[6]

Rankers were named during the war against Nightmare. They were first chosen based on the information Giga's Scouts had, which was then leaked to the public. It became a power ranking.[2]

Giga made it a standard and created a ranking system by naming the strongest 100 players whether they were from Giga or Not.[2]

After the ranking system got re-established by Lucid Balls, Giga's Ranking System stopped being used.

These were the players that were officially ranked by Giga Scouts.

These were the players that were not in the official rankers list but had their ranks estimated by Giga scouts and other players.

After the God of Combat died, the ranking system was re-established by Lucid Balls that emerged when the divine power of the Gods was absorbed into the world.[3]

Lucid Ball ranks each user based on the power of the world itself, with the limit set by Hardcore Leveling Warrior, who had reached the humanly limit in the past when he was the Rank No.1 Player.[3]

Based on the rankings, it continues the 'battle' system that matched users based on their ranks. This was very different from the past standards set by 'Giga', thus creating a major shift in overall rankings. This gave the rankers more freedom. Lucid Ball of the Rankers had special colours.[3]

A Player has to actively enter the ranking system to take become a ranker. If a player wins consecutive ranked matches, they earn huge rewards. There is a matching system that searches for ranked players within the vicinity and it gives and estimated queue time.[12] 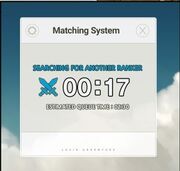 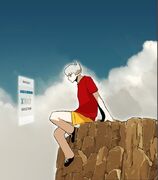