The Paralysis Sword is a Legendary Weapon created by The Master Black Smith, Zero.

Hidden Skill: Attacks the opponent with a 100% critical hit on its 100th strike. It completely ignores the targets defense. Even the strongest target becomes critically wounded after the strike.[1][2]

The target is surrounded by a red electric-like aura if they are successfully struck by the 100th strike.[3]

Hardcore Leveling Warrior used the Paralysis Sword on the first floor of the Black Magic Dungeon.[4] 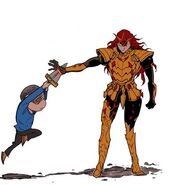 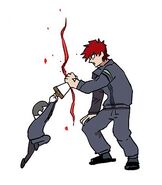 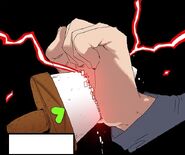 The Letter of the Heart (2019 Military Diary)

마비검 is translated as Paralyzing Dagger by Line Webtoon.

The correct translation is Paralysis Sword.