Nightmarization[1] is a Nightmare skill in Lucid Adventure.

Nightmarization grants the user the ability to use Nightmare, which significantly increases the users stats such as strength, speed, regeneration and defence as well as imbuing all their skills with the power of Nightmare, which nullifies all defensive attributes.[2]

The skill can be willingly activated by the user or it can be forced on the user as seen during the Zara Guild Nightmare incident in Cobalt Castle, where the Zara Guild members were infected by Nightmare after the Nightmare bug in Consent's pocket resonated with the giant Cobalt gemstone and had it's power amplified.[3]

After New Nightmare came to the forefront, a new form of Nightmarization appeared. After accepting the "Nightmare Core" from The Crow, some users are capable of sharing skills through the use of Karma.[4] By injecting the karma into users, Nightmare is able to break the rules of the world.[4] This process was used by The Crow to as part of his The Chimera Project, which aimed to successfully fuse various entities with Nightmare mana. Although all the users were granted short term power, after they were completely fused, they could not withstand the mana of the nightmare and failed to reach the 'complete fusion'. The all eventually lost their ego completely to Nightmare.[5] 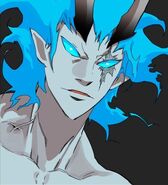 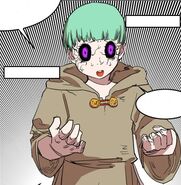 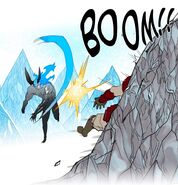 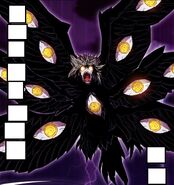