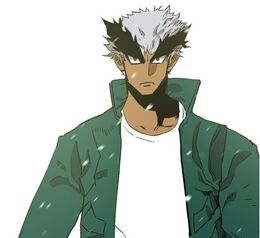 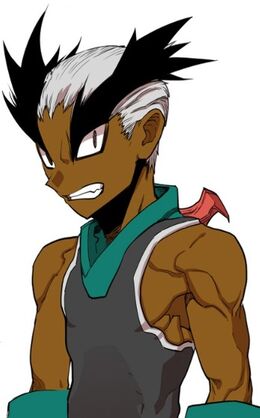 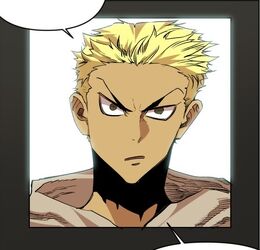 Due to his overwhelming strength, Lu Bu favours resolving his problems through brute force rather than through strategy.[1][2] Lu Bu tends to be bored when facing weak opponents and gets a thrill out of fighting strong opponents.[3] He respects strength and power and was seen showing disappointment with his own teammate's lack of strength.[4] Because of his own strength, he tends to look down on those who are weaker than him and see them as nothing more than a nuisance, which ultimately contributed to his teams defeat.[5]

His overconfidence combined with his short-temper and lack of tactical intelligence meant that he could be exploited by characters who rely more on strategy such as Hardcore Leveling Warrior, who provoked him into revealing his weakness during the start of their Siege Round match.[6]

As he's an eight grader, his insults tend to be juvenile such as when he referred to Hardcore Levelling Warrior as 'dog poop' (개똥, gaettong) and a 'pussy' (쫄보, jjolbo).[1][7]

Retrieved from "https://hardcorelevelingwarrior.fandom.com/wiki/Lu_Bu/Personality?oldid=21092"
Community content is available under CC-BY-SA unless otherwise noted.