A personal attribute based on the main character of The Head webtoon, Kim Gu. It grants Taek access to Kim Gu's fist-based attack techniques as well as various other buffs that aid Taek in combat.

Berserker Transformation: A hidden skill based on Taek's sheer rage from losing a comrade, Taek's Main Character_Berserk ability allows Taek to ignore fatal physical damage as if it never happened and allows him to continue fighting with a frightening level of stamina while also being unpredictable and erratic in combat, making it hard to counter him. Taek is able to wear out his opponents through sheer tenacity and ferocity alone. 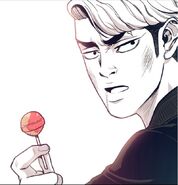 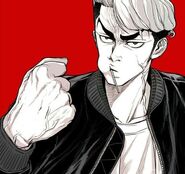 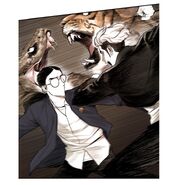 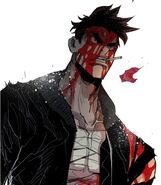 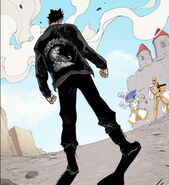 Kim Gu, 'The White Western Tiger', transferred to Arang industrial high school, a place where 'survival of the fittest' is law.

Kim Gu wanted to be a 'good student' and keep the promise he made to his father who told him: "do not fight in school". He tried to stay as quiet as possible even when he was bullied. Inevitably, he used his fist and unintentionally showed his true power to one of the biggest gang factions in the district, the Cheong-Cheon society. Once he showed his true power, there was no going back.

Unlike most delinquents who smoke, Kim Gu is usually seen biting candy as "smoking is harmful to the body".

He is a close-range fighter that utilises powerful fist attacks. Sometimes, when he uses a big technique the name of the technique is written in big red colors. 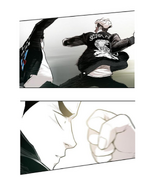 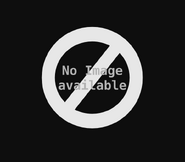