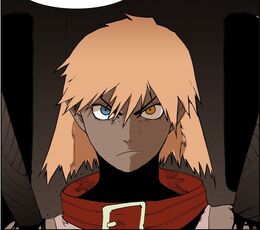 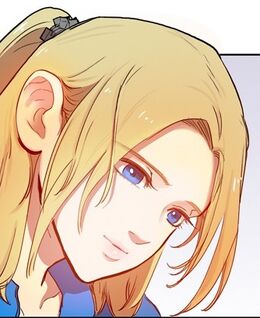 Helena (Korean: 헤레나), also known as Helen (Korean: 헬렌) was a servant of Carter Han and a former member of the Giga Overseas Team.[1] She did Carter Han's shopping as well as gave him regular updates of his grandfathers condition.[2]

After the death of Roy Han, Helen took Carter Han in after he was evicted from Giga Group Mansion.[3] Using Chung Jin, Nathan Han sent assassins to kill both Carter Han and Helen. Unfortunately, Helen was critically wounded when she was hit by a van.[4][5]

In Lucid Adventure, she was captured and held captive at the Lion Heart Castle. Nathan Han confronted her and used her for one of his Nightmare experiments.[5][6] 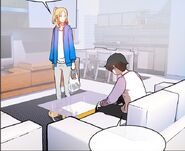 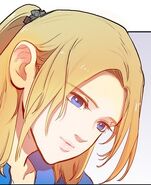 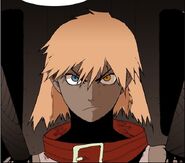 Helen was a dedicated servant to Carter Han and upheld a strong sense of duty to her master. She faithfully followed Carter Han and ensured that he was safe and well looked after.

Helen's father has not been revealed but she seems to go against his wishes in order to help Carter regularly. She bought Carter Han food from the convenience store knowing full well he would disapprove of it.[2]

Despite knowing her father would eventually find out, she secretly went to see Carter Han without his knowledge after Carter had been evicted from Giga Mansion and even took him in.[3]

Carter Han was Helen's master. She respectfully referred to him as 'Young Master' (Korean: 도련님). She kept Carter Han in the loop about Giga's activities and his grandfather's condition. They are close enough that Carter Han told her about his "ability" to see ghosts in the real world. She regularly did things that would go against her fathers' wishes to please Dark such as getting him food from the convenience store. She also taught him how to eat the food he got from the convenience store as he was not used to eating regular food.[2]

After Hardcore Leveling Warrior's disappearance, Helen investigated the Miso Corporation Stabbing Incidence to find out what happened to him. It appeared that she was close to finding out his whereabouts until she was attacked by Giga's assassins. She was unfortunately killed by Giga before she could pass on the information to Carter.[5][6]

Helen went to Ho Hoi 25 to shop for Carter Han because he wanted convenience store food. She informs Carter about Roy Han's condition in both the real world and Lucid Adventure. She then asks Carter how he is doing, and Carter tells her about seeing ghosts.[2]

Helen walked in the bathroom while Carter was in it to inform him that the Giga Vice-President sent him personal chefs to make him food as a congratulations for advancing the Siege Round. The startled Carter Han rejected the offer.[7]

After Helen's death, Carter Han cried a lot and was distraught. Her death made Carter Han vow to crush Giga.[6]

Retrieved from "https://hardcorelevelingwarrior.fandom.com/wiki/Helen?oldid=26554"
Community content is available under CC-BY-SA unless otherwise noted.