Heal is a skill in Lucid Adventure.

Heal seems to be a spell that restores the HP of a character. The exact HP restored was never revealed.

Scallion Head Guild3.jpg
A Healer healing HCLW while he is beaten up by Scallion Head's Guild (Episode 2) 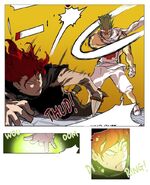 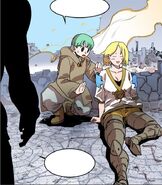