Ha Dong-min, commonly known as Dong-min, was the No.2 of Chairman Kim.

Nine years ago, Dongmin was part of Chairman Kim's raid on Chairman Jin. He took over as Chairman Kim's #2 after the former #2 was killed for attempting a mutiny.

Due to feeling under appreciated and being treated as mere henchman, Dongmin led a revolt against Chairman Kim. He aided the escape of Ethan Gong, Taoist Kim and Lila from Miso Tower and attempted to kill Chairman Kim, but ended up being killed by him instead. 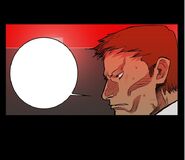 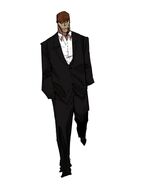 Retrieved from "https://hardcorelevelingwarrior.fandom.com/wiki/Ha_Dong-Min?oldid=24599"
Community content is available under CC-BY-SA unless otherwise noted.