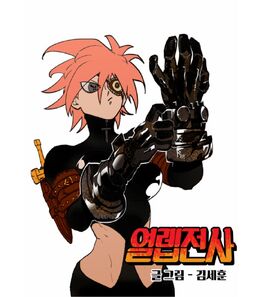 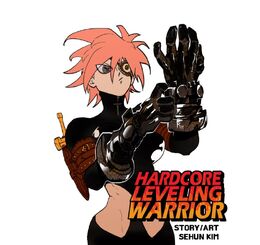 17 November 2017
This is the sixth episode of Hardcore Leveling Warrior.

Scallion Head is defeated by HCLW and gets the rewards but due to hi low level, he can get all of Scallion Heads stats.

The scene switches to Yopi Land's Palace, where Tac and Lime are defending it against Assassins. They are joined by Yopi and Pooh Upooh with them pondering if the Empire had sent the assassins despite the armistice. Yopi tells Lime to tail HCLW and his team.

HCLW, Sora and Dark walk towards the Black Magic Dungeon in order to complete Dark's Job Advancement Quest. Dark reveals that he is the Grandson of Giga Group's CEO shocking the pair. His grandfather left his will in Lucid Adventure and then fell into a coma despite the public believeing that he was okay.

They meet Doyom at the Black Magic Dungeon entrance and are let inside.

Retrieved from "https://hardcorelevelingwarrior.fandom.com/wiki/Episode_6?oldid=28223"
Community content is available under CC-BY-SA unless otherwise noted.