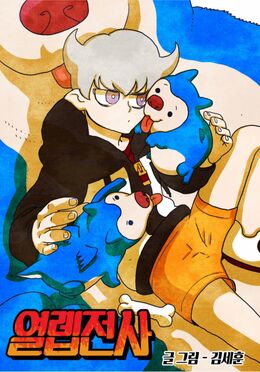 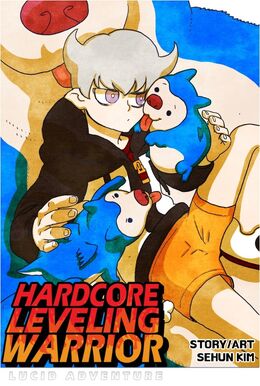 10 November, 2017
This is the fourth episode of Hardcore Leveling Warrior.

In the real world, he is thrown into a room with no bed and narcotics by Chairman Kim's henchmen. Chairman Kim placed a large bet on him for the upcoming Arena competition and had him thrown in the room to recover his level as quick as possible.

A flashback to 3 years ago shows Gong Won-Ho about to be thrown off the fourth floor of a building by Chairman Kim's henchmen because of his gambling debt. Chairman Kim coerces Won-Ho to join his Workshop to play Lucid Adventure so he can pay back the debt.

Gong Won-Ho then logs back into Lucid Adventure and asks Dark for 2 Billion to help him level up. They then head back to Yopi Land to make preparations but Dark is weary and wants Hardcore Leveling Warrior to prove himself before he is hired.