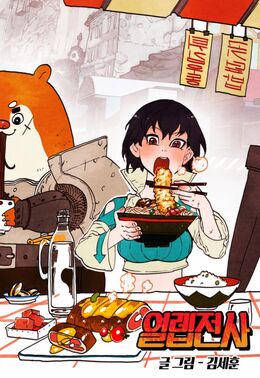 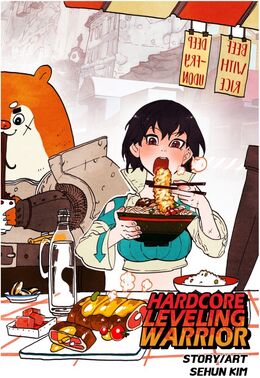 7 November 2017
This is the second episode of Hardcore Leveling Warrior.

The scene starts off in Food Alley where a woman is anxiously waiting in the long queue for Yopi Grilled Skewers whilst observeing other players enjoying the famous delicacy. A red faced man jumped ahead of her and buys a skwerer before the woman punches him into the wall and takes his.

She then sees a crowd gathering and walks towards it and sees Hardcore Leveling Warrior being accosted before saying "that guy..."

The scene cuts back to Hardcore Leveling Warrior after his level was reset. He misses all his punches on a low level rabbit before it easily breaks his arm and reduces his HP to critical levels with a light punch. He is depressed about being the strongest just a day ago to being the weakest now.

He is found by one of the members of the team he defeated in the previous Episode and is taken into Yopi Land, where he is tied to a pole and is repeatedly healed and beaten. He is told to quit the game and never show his face again.

He is found by Heart Heater and Rim and is about to be taken away before the woman from earlier pushes Rim back and saves Hardcore Leveling Warrior saying that he is precious to her.