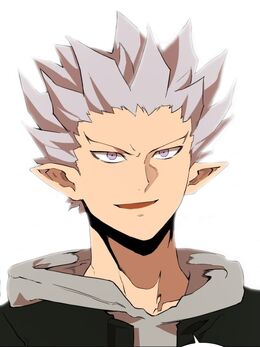 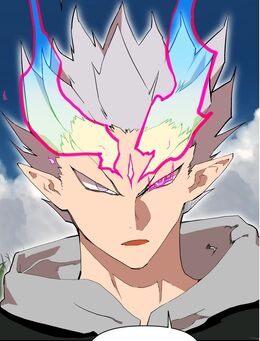 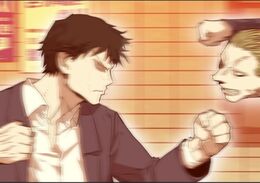 Han Gun-Woo, known as Dark in Lucid Adventure, is one of the deuteragonists in Season 1 and the main protagonist of Season 2. He is the King of Dark Land and the current Rank no.3 in the Lucid Ball Ranking System. Dark is the grandson of the former chairman of Giga, Han Gun-Jae. He was a member of Hardcore Leveling Warrior's Party, as well as his employer. He is the boss of the powerful NPC, Heart Heater and his assistant Rim.

His main goal was to get stronger in order to find his grandfather inside the Lucid Adventure. After going through many trials and tribulations with his party, he won the last ever Combat Tournament and reunited with his grandfather one last time before he passed away.

As a reward for winning the Combat Tournament, Dark acquired the Royal Seal which allowed him to become the King of Dark Land. Dark jumped into the new ranked system after learning Lazie's Deadly Move, where he suffered only one loss out of hundreds of matches. Two years later, he rose to become the 3rd strongest player in the game.

Han Gun-Woo joined Lucid High and is a freshman in Class four alongside Yeo Bong-Sun, Werewolf and Min.

Retrieved from "https://hardcorelevelingwarrior.fandom.com/wiki/Dark?oldid=27809"
Community content is available under CC-BY-SA unless otherwise noted.